DIXIE CHICKS: SHUT UP AND SING

In 2003, the Dixie Chicks were one of America's most popular country bands, and perhaps the biggest selling all-female band ever.  They still are, and now they've just won five Grammy awards.  But in between, an awful lot of people did their best to put an end to this success.  Why?  Because the Chicks were country musicians, and southerners, who dared to publicly oppose the Iraq war.

The blowup began quite inadvertently.  They were touring Britain, and could not help but notice the huge groundswell of anti-American opinion that was sweeping all of Europe in the days prior to the invasion of Iraq.  So, in mid concert, lead singer Natalie Maines said to the audience that they opposed war and that incidentally, "we're ashamed the president of the United States is from Texas."  The remark quickly got back to the US, and ignited a firestorm of negative reaction.

One thing I had not known before seeing this film is just how organized this negative reaction was.  It was promulgated in much the same way that the propaganda effort to get people behind the war was: top-down, from a cadre of opinion-makers who appointed themselves to tell the public how to feel.  Radio stations quit playing Dixie Chicks songs because people kept calling in to demand that no more of them be played... but it turns out that the calling campaign was organized by pro-war activists.

The campaign originally began at a website called freerepublic.com.  (And it quite surprised me to learn this, because I'm not unfamiliar with that site, and frankly, it's pretty unusual for that pack of hate-spewing losers to manage to pull off something like this successfully.)  From there, it escalated rapidly, to the point where the conglomerates who own radio stations by the dozens were pulling the Chicks off the air across the country by executive fiat, and finally, Natalie Maines received a letter stating that she would be shot dead at their next concert in Dallas.  The threat was so serious that the entire audience had to be metal-detected.

Radio stations and other groups organized mass throwing-away and smashing and running-over-with-bulldozers of Dixie Chicks CDs.  People picketed the outsides of the concerts and told passersby that anyone listening to their music now was supporting Communism.  It was nuts.  Remember how for a couple of years everybody on the pro-war right decided that all good Americans should hate and despise the French?  Remember "freedom fries"?  (Freedom fries are no longer served, but the Star Spangled Ice Cream Company still sells a flavor called I Hate The French Vanilla.  And they discontinued Cherry Falwell!)  This became every bit as ugly and ludicrous and irrational an overreaction as that was.  And all of it was egged on by the usual hate-clowns on talk radio and Fox News, plus pro-Bush country music figures such as Toby Keith, who got into a prolonged and childish feud with the chicks (but now claims he never did support the Iraq war).  The result was, of course, that the Dixie Chicks' radio play and record sales plummeted.

Yet the shows still filled up pretty well.  The people inside still greatly outnumbered those outside with signs, a fact which both sides seemed to largely ignore.  Those at the shows still cheered the band, even when invited to get boos out of their system.

The documentary charts the progress of the Chicks from bewildered, to apologetic, to aggravated, to defiant, to thankful -- concluding finally that the whole mess was entirely to the good.  And the film shows why: it shows how they made their triumphant comeback for the next album and tour.  They didn't triumph because public political perceptions changed; they triumphed artistically.  Their new success came about by making their music more true and personal than it had been before, and by abandoning any effort to get back into the good graces of country radio.

At its core, this movie is not about a political process, but a creative one.

The band had started out as a traditionalist group, playing bluegrass and western swing.  Their success came only after two major changes.  First, they acquired a new manager, an Englishman named Simon Renshaw.  He persuaded them to move toward a "contemporary" country sound -- that is, to play something compatible with Nashville pop (which at that time was predominantly a sort of bad imitation of old-wave rock music -- a sound that arguably had more in common with, say, George Thorogood and the Destroyers than with Hank Sr.)  The second was when they replaced their original lead singer with Natalie Maines.

The Chicks did keep their style at least somewhat country, just by virtue of the fact that the core original members, sisters Emily Robinson and Martie Maguire, played banjo and fiddle.  What Nashvegas sells nowadays is a little more country-like than it was then (and the Chicks can probably take a bit of the credit for that trend), but the thing is, they were never entirely married to that particular genre of pop swill, they just went along with it while it paid well.  They were already moving away from it again before The Incident.  So when the country radio audience rejected them, they in turn rejected the country-radio sound.  The documentary vividly shows the artistically freeing effect of this -- how the three, instead of acquiring the bulk of their material from professional songwriters, started creating all of their own works in a fully collaborative way, bouncing lyrics back and forth among everyone in the room.  The new lyrics were overtly defiant toward those who had tried to blacklist them, and the new sound, while still rooted in traditional stringed instruments, was no longer beholden to anyone from Nashville.  In essence, they abandoned their lucrative established audience and went looking for a new one.  They found it.

And ironically, the result is that we'll never know if they would be forgiven by their previous fans.  When they went back on tour, tickets sold poorly in the South but briskly in the North -- most briskly of all in Canada.  It rather sounds like Southern audiences three years after the controversy were smaller than at the height of it.  With many former attackers now having egg on their faces over the results of the war (the film shows Howard Stern, for one, making a gallant apology to them), you'd think that a good percentage of those offended would forgive them... but the music itself had moved away from the tastes of the South, and now we'll never know.

The way it's been talked about, you'd think this film was about how those who tried to kick the Dixie Chicks out of country learned their lesson and had to admit defeat.  But it's really about how the band outgrew country, or at least "country" as defined by Nashville and the entertainment media.  And sadly, we're left with an impression that the self-appointed patriotism platoons who drove them out are likely still there and still as benighted as ever... which probably isn't even true now, at least not to anything like the same degree.

The lessons of this story can't help but project onto the larger issue of how we got ourselves into a war in Iraq: namely, the importance of going "whoa" before letting yourself be stampeded into hostilities by somebody else's agenda.  I just hope that the next time some thumping rabble-rouser tries to panic the public into some rash folly or other, there will be those among us who remember how much we came to regret the last time we went along with such pressure, whether it was to invade a country that had done nothing to us, or just to picket a country band.

The film is in 4:3 aspect ratio, apparently shot mainly with basic video cameras.

The only extra is a theatrical trailer.  And unfortunately, there are two other trailers and an anti-smoking ad before the main menu.  Fortunately, they can be chapter-skipped.  The one other plus on the disc is subtitles in English and Spanish.

The one other thing that needs to be said about the DVD transfer is that there's nothing wrong with the audio from their performances. 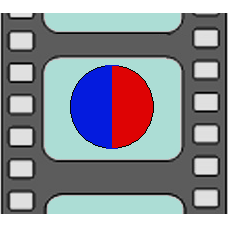 back to Current Event Movie Reviews 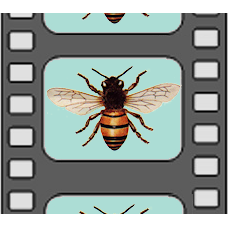 over to Miscellaneous B Movie Reviews

back to my home page